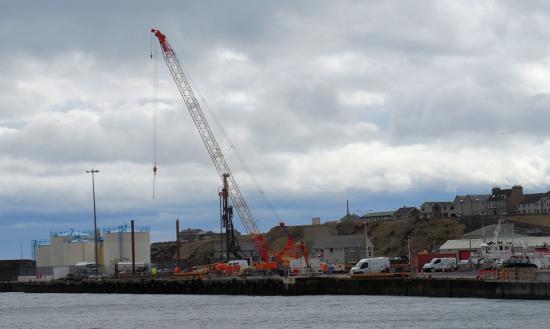 Wick Harbour Authority is making progress with its plans to create a heavy-lift facility on the commercial quay at Wick harbour, with contractors Gunns Lybster Ltd having now begun the work.

The project, and its associated dredging works, was supported by CNSRP partners HIE and NDA respectively and is the first of several proposed phases of work to position the harbour as a key player in the energy sector, with the current focus being on potential to benefit from the development of Offshore Wind in the Moray Firth.

On that subject, the Offshore Renewable Energy Catapult (a technology innovation and knowledge centre) has this week published an economic impact assessment of the UK Offshore Wind and Marine energy sectors, highlighting the ongoing potential for both sectors to contribute to the economy over the coming years.

The Early Stage Growth Challenge Fund, announced today (10 July) by Economy Secretary Fiona Hyslop, will open to applications on Monday 20 July.   It is part of the £230m economic stimulus package launched by the Scottish Government in June.
[Advisory / Counseling Services]
10/7/2020