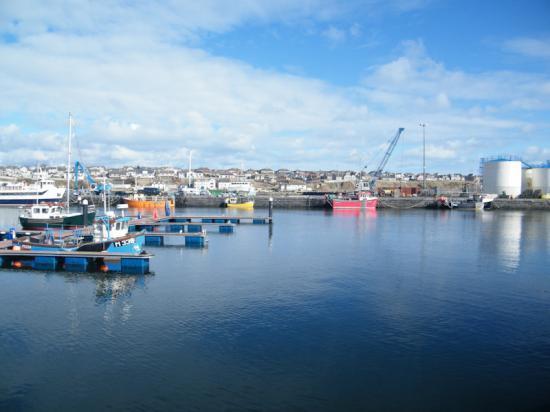 A memorandum of understanding (MoU) has been finalised with Wick Harbour Authority and BOWL this week.

Subject to a positive final investment decision, the Beatrice project, which was consented by Marine Scotland in March 2014, and granted an Investment Contract by the UK government in May 2014, is planned for construction in 2016.

As well as generating up to 664MW of renewable electricity if constructed, the project is expected to bring a range of socioeconomic benefits to both the Moray and Highland regions including job creation, skills training opportunities and opportunities for local businesses through SSE's Open4Business events and online portal.

Further details on specific opportunities in each region will be announced as the project makes progress towards construction.

Richard Escott, Head of Offshore Development for SSE Renewables, said: "We are pleased to announce that an MoU has been signed with Wick Harbour Authority that could see Beatrice base its O&M facilities at Wick Harbour should a positive final investment decision be made on the project in 2016.

"It has been a lengthy process and the O&M options for the BOWL project have been investigated thoroughly using a strict set of criteria for local ports and harbours based on our business needs and our safety policy. Out of all the locations investigated, Wick presented the best fit for our project and we are hugely impressed by the existing facilities on offer."

Ronnie Bonnar, Managing Director of Repsol Nuevas Energias UK, said: "Our agreement with Wick Harbour Authority marks another key step for the BOWL project as we move towards a final investment decision in 2016.

“We are pleased that we have an agreement to use an existing harbour near our site to operate and maintain the wind farm and hope to make a positive contribution to the communities in which we live and work through the socioeconomic benefits."

The announcement was welcomed by Wick Harbour Authority, Highlands and Islands Enterprise (HIE) and The Highland Council:

Willie Watt, Chairman of Wick Harbour Authority said: “We are delighted that BOWL has signed a MoU which could see the Beatrice offshore wind farm invest in Wick Harbour to service the site. We look forward to working closely with BOWL in order to deliver what we hope will be a hub for offshore renewables in the Highlands."

Roy Kirk, HIE's Area Manager for Caithness and Sutherland, said: "It is fantastic that BOWL has announced Wick Harbour as its preferred O&M location. Caithness is well positioned to capitalise on the offshore industry and we are working hard to ensure that any opportunities are maximised for the local area."

Leader of The Highland Council, Councillor Drew Hendry, said: “Highland Council welcome this announcement today by BOWL that could lead to further investment in the facilities at Wick Harbour.”

A heavy lift pad costing over £400,000 has recently been completed at Wick harbour paving the way for very heavy loads to be moved onto the pier.

Today at Wick Harbour 'Rix Lynx'could be seen tied up.   Wick Harbour is fast becoming a hive of activity with the work now well underway at the former Steven's yard.
[Builders & Building Services]
17/3/2017

Public Engagement Event - Wick - 14 September 2016 4pm to 7pm at Mackays Hotel.   On the 23rd May 2016, Beatrice Offshore Windfarm Ltd (BOWL) announced that the green light had been given for construction of the 588MW, 84 turbine Beatrice offshore wind farm situated in the Outer Moray Firth.
[Marine Services]
19/7/2014

Wick Harbour Authority's ambitious plans to attract new jobs to the area from the offshore wind industry have received a boost with the combined support of £450,000 from two partners in the Caithness & North Sutherland Regeneration Partnership (CNSRP).   The Harbour Authority is positioning the port to attract business from the two large offshore wind developments in the Moray Firth, and is currently working on a multi-phase programme to ensure that its facilities meet the requirements of industry.