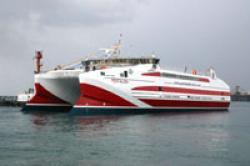 Throughout the crossing there is the opportunity to see a wide selection of local wildlife including seals, porpoises, killer whales, puffins and other sea birds. As you pass the uninhabited islands of Swona and Stroma watch out for the feral cattle on Swona, now recognised as a separate breed after being left alone on the island since 1974.

At Gills you will find a cafe in our terminal for light hot and cold snacks and drinks.