Dunnet Bay Distillers has submitted a planning application to Highland Council asking permission to refurbish a 200 year-old mill and surrounding land at Castletown, near its headquarters.   The Caithness company produce the Rock Rose Gin and Holy Grass Vodka brands and took over the mill last year.
[Visitor Attractions]
14/10/2021

The re-launch of the former Caithness Horizons centre in Thurso is set to take place on Tuesday, 2 November 2021, with the facility being rebranded as the North Coast Visitor Centre.   Its relaunch will bring back into use a valuable community asset and support the wider community and economic benefit for Thurso and the wider Caithness Area.
[Food & Drink Products]
26/6/2021

SCDI Highlands & Islands Chair's Award for Outstanding Business Achievement was won for 2021 by Dunnet Bay Distillers.   Going from strength to strength Dunnet Bay Distillers have grown to add another still, shop and to cater for the growing number of tourists visiting via the North Coast 500 route.
[Educational Institutions]
15/9/2020 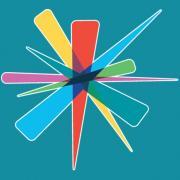 High Life Highland is continuing its bounceback campaign with additional swimming provision planned during September and October.   Graeme Ross, Principal Facilities Manager said, "In getting our locations reopen, our priority was, and continues to be to make our premises safe and welcoming for customers and staff.
[Swimming Pools]
14/8/2020 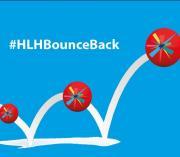 In a report being presented to The Highland Council's Recovery Board on 24th August, Steve Walsh, High Life Highland's Chief Executive, has outlined the charity's road to financial recovery thanks to its bounceback campaign.   Mr Walsh explained, "It now seems like an over-used phrase, but when the pandemic hit in March it was clear that High Life Highland, along with every other organisation was facing unprecedented challenges.
[Libraries, Museums & Galleries]
19/3/2020

The national awards programme which celebrates excellence in Scottish gin has revealed the names of the best gins made in Scotland this year, as part of its 3rd annual competition.   The Scottish Gin Awards revealed the winners last night following a rigorous judging process involving 30 leading experts from across the UK, the assessment of 104 written entries and the blind tasting of 173 gins, all distilled in Scotland.
[Travel Agents & Tour Operators]
14/10/2019

Above and Beyond Tours of Caithness

About us: Isobel and Angela are passionate about their home county of Caithness, set in the North Highlands of Scotland.  Angela has years of experience in the Scottish tourism industry and Isobel currently runs a small bed and breakfast business in her home.
[Food & Drink Products]
12/9/2019

This May, Dunnet Bay Distillers, will launch a new permanent addition to its portfolio - Holy Grass Vodka - Cold Brew Coffee Edition.   This delicious coffee flavoured vodka has been created in partnership with Glasgow based, the Ovenbird Coffee Roasters.
[Visitor Attractions]
28/2/2019

Talks have taken place on the possibility of reopening Thurso's Caithness Horizons which closed last week due to financial problems.   The operators of the museum and art gallery said increasing running costs and reduced income had made the running of the site "unsustainable".
[Food & Drink Products]
5/2/2019

Dunnet Bay Distillers, the UK's most northerly mainland distillery, has secured its first nationwide supermarket listing, with its acclaimed Rock Rose Gin launching into 135 Sainsbury's stores this July.   The launch is the latest in a series of exciting developments for the craft distillery, which has significantly expanded to keep up with growing demand.
[Food & Drink Products]
22/6/2018

Unique Caithness collaboration will delight both archaeology and gin enthusiasts.   Archaeology and craft gin may seem like worlds apart, but two entrepreneurial companies from the far north of Scotland have teamed up to create a special craft gin, inspired by the prehistoric landscape of Caithness.
[Food & Drink Products]
17/6/2018