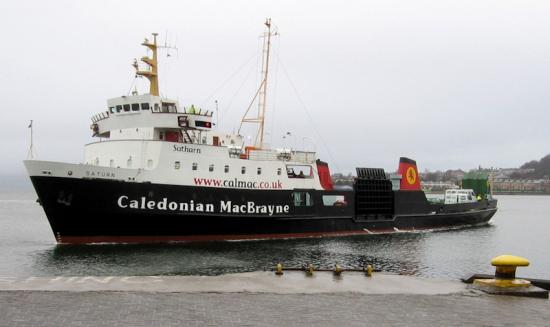 Pentland Ferries is all set to buy the former Caledonian MacBrayne ferry Saturn.

The move has been confirmed by the owners of the ship, Caledonian Maritime Assets Ltd (CMAL)..

The Saturn was launched in 1977 at the Ailsa Shipyard in Troon and entered service the following year. She ceased use from the CMAL fleet in September 2011 and has been laid up at Rosneath since.

The vessel is being be sold to Pentland Ferries for freight work and working with the renewable energy sector around Orkney and the Pentland Firth proving yet again that activities in the area are rising month on month as the renewables in the marine sector get moving despite recent troubles for wave machine companies.

Tom Docherty, CEO, CMAL said: "The mv Saturn is the last in the line of Clyde Streakers and spent most of her time on the Wemyss Bay to Rothesay service on the Clyde during her 33 years of service. We are delighted that she is to be refurbished and able to carry on sailing in the north of Scotland and we wish her new owner's years of continued service."
Pentland Ferries has previously owned two other ex-Caledonian MacBrayne ferries - the Iona, later renamed Pentalina B, and the Claymore.

Community-owned Gills Harbour is the most Northerly seaport on the British mainland, lying on the shores of the Pentland Firth's Inner Sound, just off the A 836 road, only four miles West of John O'Groats.   The spring of 2015 has seen some significant developments locally, both in sea-transport and marine electricity, that bode well for the future of the little port on the inland 'apex' of Gills Bay; it belongs to the 600 people living along the North coast.