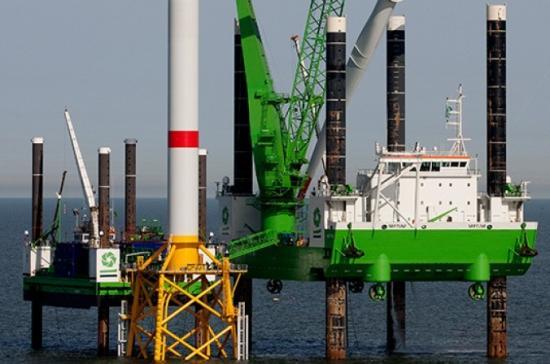 Jack-up barge Neptune arrives in the PF's Inner Sound early this afternoon 22.09.16. German tug Elbe, which will be working closely with the self-propelled JU, is already on site.

Appears that it will be practice runs, with tides, seabed etc. deck-officer /technician familiarisation etc., rather than actual deployment of Andritz 1.5 MW tidal stream turbine, over the next few days.

That will be at least until further notice from her owner Belgium's DEME of Antwerp or from James Fisher Marine Services Ltd, Atlantis RL's marine ops team, headed by Capt. Richard Parkinson.

The Pentland Firth project by Meygen seems to finally be gathering pace with this significant arrival.

See also a film below about Neptune.

By the early 2020s MeyGen Limited intends to deploy up to 398MW of offshore tidal stream turbines to supply clean and renewable electricity to the UK National Grid.

A great deal of investigation work has been carried out over the past few years, and whilst the project is still at an early stage of development it is proposed that the turbines be installed in a series of phases. Phase 1 will consist of a maximum of 86 turbines (86MW). Employing a ‘deploy and monitor strategy', the initial array deployed in the first two years will provide information on the interactions between the array and the environment and increase the understanding for subsequent phases. Phase 2, comprising the build out of the remainder of the project, will be subject to a separate consent application.

One of the key reasons for this phased approach is that before installation can begin on such large commercial arrays, the installation and operation of the technology must be proven on a smaller scale.